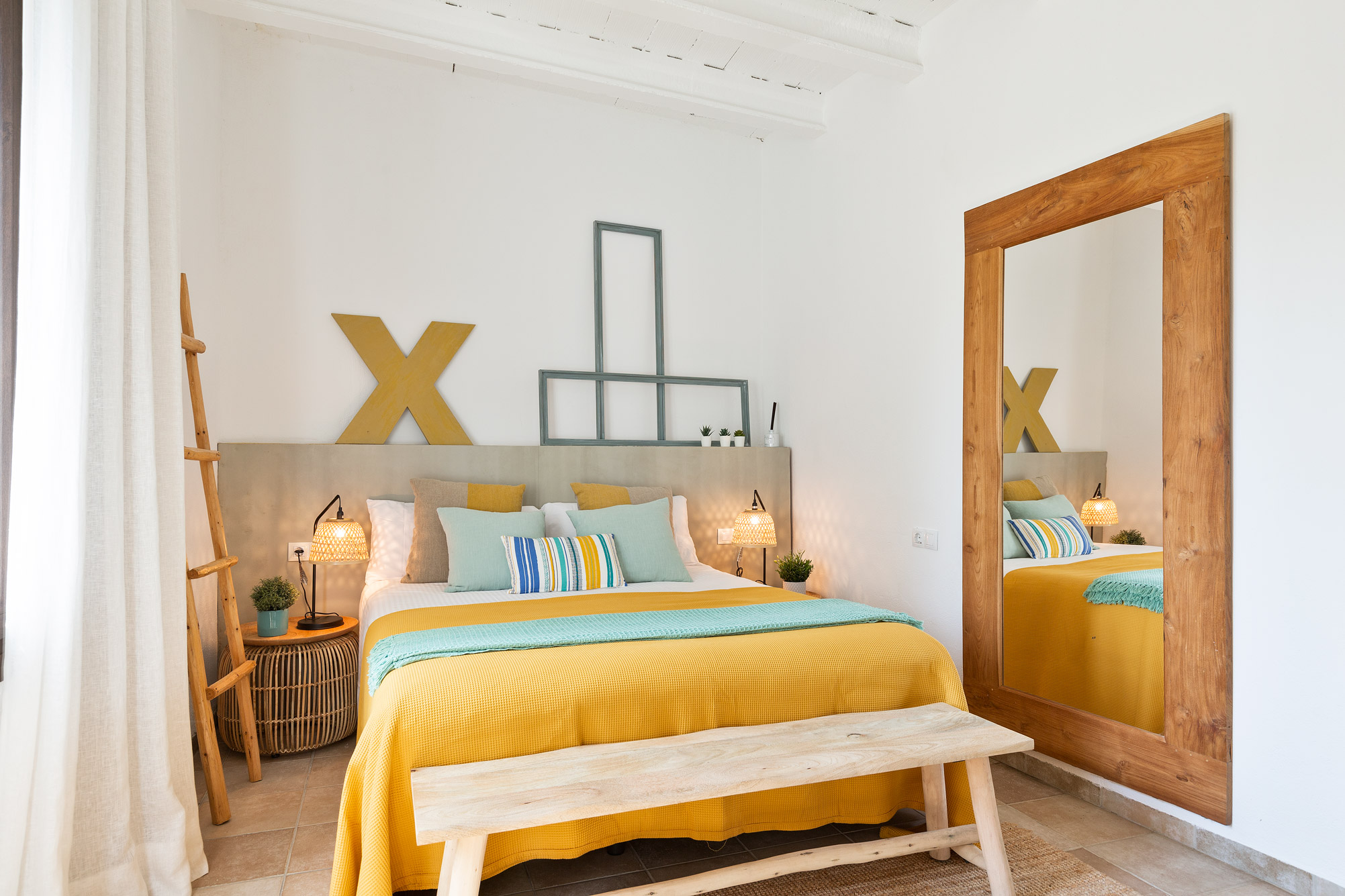 ( COVID 19 SPECIAL DESINFECTING ) Newly renovated and decorated apartment in the charming village of Sant Mori (Girona) located at street level with a garden area of ​​400 square meters in front of the main door, where there is a private pool. It is distributed in a spacious living room with open kitchen, two large bedrooms and a bathroom with shower and fully equipped with all the necessary elements for a comfortable and satisfactory stay: kitchen utensils, dishes, cutlery, towels, bedding ... From the dining room you access the two bedrooms and the bathroom. The rooms are spacious and bright. In one of them there is a double bed and in the other, two single beds that can be put together, and a third enabled . This room has a spectacular glass wall. All rooms have air conditioning and ceiling fans. Within the town there is a restaurant bar and a food shop-bakery. Also, a five-minute walk away, there is an equestrian center with restaurant service. Sant Mori is part of the Alt Empordà region, province of Girona. The municipality has an extension of 7 km2 and the town is 60 m away. of altitude. The current main town center of Sant Mori is formed by this Renaissance castle, for the Romanesque church and the houses that surround them, most of which are from the 17th and 18th centuries, some of them were built on the old walls . In the southern area of ​​this nucleus there is a suburb called 'El Puig' formed during the 18th century. Today, the external aspect of Sant Mori remains practically the same as two centuries ago, which makes its 140 inhabitants proud. Nearby places of interest include L'Escala, the Gulf of Roses, Empuries, Besalú, Figueres, Dalí Museum and Costa Brava in general. Near the house there are bicycle routes through the Montgrí massif and the possibility of many other sports activities in the area. About ten minutes by car is the Ventalló lake, where there is a water ski school. In short, an ideal home for travelers who want to know in depth one of the most beautiful areas of Catalonia and rest in a quiet and well connected. Do not miss it!!.
Read more